So yes I was silent for a while , but this is the first short update for 2013.

plans for this year are a Con Dom reissue to be released hopefuly by June,followed by a new Nimh release. I am very happy to release both cds are these are two fantastic artists and both releases are great.

meanwhile I am working on 2013 noisemass and preparing some surprises… stay tuned.

btw I have updated the releases page with the latest releases from last year. both Zion Sky comp , Holism Gaea debut are worth attention.

The long awaited second M150 Release on topheth prophet is finally out there!
14 Tracks including collaborations with topheth prophet artists KADAVER , Anemone Tube as well as Antrecot & Sewer Goddess.

“Utopian Suns” is Molnija Aura first full-length album. Recorded and mastered between 2007 and 2009, the CD is inspired by science-fiction themes and space-age relics.

Consisting of six tracks created mostly with analogue and digital synthesizers, the album is a long and engaging journey through sidereal dephts: shrouded in the darkness of immense and untouched vastness, beyond the great unknown, hovering in the void of zero gravity landscapes explored with slow and unreal movements.

The uneasyness of silence and the absolute void of impenetrable gloom, the infinite and overwhelming distances, the fear of solitude and isolation, the anxiety of no return… And then the emotion of discovery: other worlds, unknown universes and impalpable beings, undefined and unidentifiable entities, close encounters, the unutterable and the unthinkable.

Davide Del Col started his solo adventure as Ornament in 1999, with the death-industrial oriented “Strychninlovenectar”. His second work entitled “Adorers”, was released shortly after on Oktagön Records.

In 2000 came the self-produced “Unicorn Lullaby” (…re-released later by Afe…), his most oniric and beautiful album, followed by the abysmal “Yzaniaveis” in 2002. Ornament’s latest release entitled “Effortless” was made available in mp3 format. This work represented a return to the project’s harsh roots.

Davide Del Col is now involved in the electro-experimental project Echran along with Fabio Volpi (a member of the Otolab collective) and Accursio Graffeo. Their first album was released by Ebria Records and Smallvoices in 2005, followed by “In Offret” on A Silent Place in 2009. He is also taking care of his cosmic-influenced electronic solo project called O Diabo De Vila Velha.

Andrea Marutti began his experiments with music in the early ’90s. He is better known for his Amon and Never Known projects. He had several releases on Eibon, Nextera, Amplexus, Silentes, Drone, Taâlem, etc.

He is also responsible of many other projects dealing with different styles of electronic music: Lips Vago, Wolkspurz & Ramirez, Spiral, etc. Recently he also started recording and releasing music under his own name, in duo with Nimh as Hall of Mirrors and again in duo with Andrea Ferraris (Ur, Airchamber 3, etc.) as Sil Muir.

During the years he has published on his label – Afe – countless releases of electronic / experimental music created by a lot of italian and international musicians, and collaborated with many musicians including Fausto Balbo, Aidan Baker, Dronaement, Madame P, OvO, Sparkle in Grey, etc.

Molnija Aura trace new and absorbing lines, and set a wider border to that area of electronic music inspired by space exploration, astronomy and science-fiction. “Utopian Suns” is a must for all those interested in Dark Ambient, harmonic resonating drones, eternal reverberating cold soundscapes, and atmospheric dilated sequences. 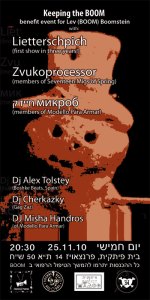 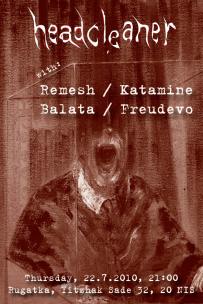 with lots of new items. also some of the prices were lowered
visit Here